5 Games to Help You Learn Japanese

Learning Japanese from the ground up is a very difficult task. While the grammar structures are not terribly different from English, learning the Japanese alphabet, as well as kanji, is incredibly difficult to master. While in English we have 26 letters, the Japanese hiragana and katakana systems have 46 characters each, for a total of 92 characters.

If you thought that was bad, the Japanese written language uses around 2000 Chinese characters (kanji) that you’ll have to learn as well. But luckily for us gamers, one way to make our language education fun is to learn Japanese through games. This guide will introduce five of the best Japanese games to help you learn the Japanese language. Along the way, we’ll give you some basic studying tips and things to watch out for when buying Japanese games online.

Note: This guide is meant for beginner or low-intermediate Japanese learners (N5 – N3 level). This is simply because if you are already at N2 or N1 level, you can simply choose any text-heavy Japanese game on the market. 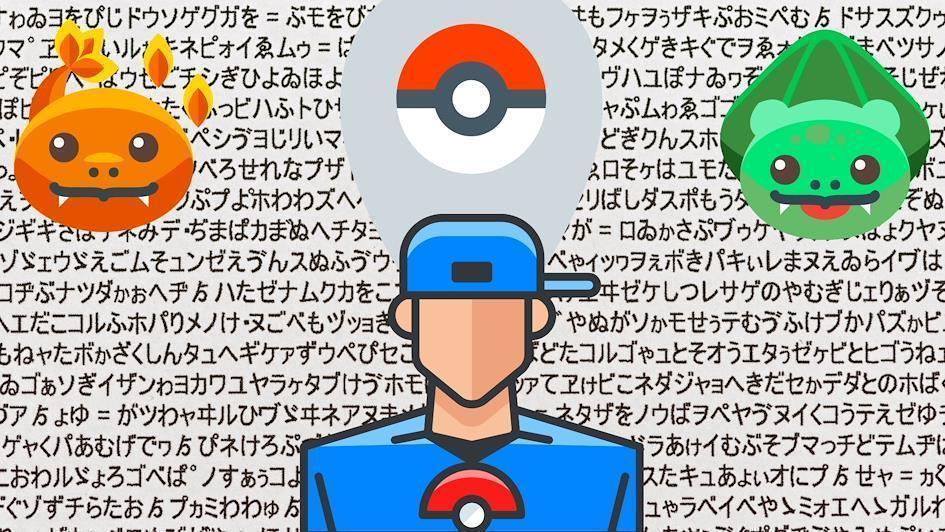 One of the best tips I have when trying to learn Japanese through video games is to start with games you already know. These are games that you have already completed in the past, and ideally games where you would remember a lot of the dialogue, storyline, and menu functions. For many of you, Pokémon will be the perfect place to start. Any of the Pokémon games on the Gameboy, DS, or 3DS consoles are great for Japanese reading practice. Since the games were made for young children, they use mostly hiragana and katakana, with some basic kanji mixed in. For those of you who are learning basic kanji, I highly recommend playing Pokémon games for reading practice. 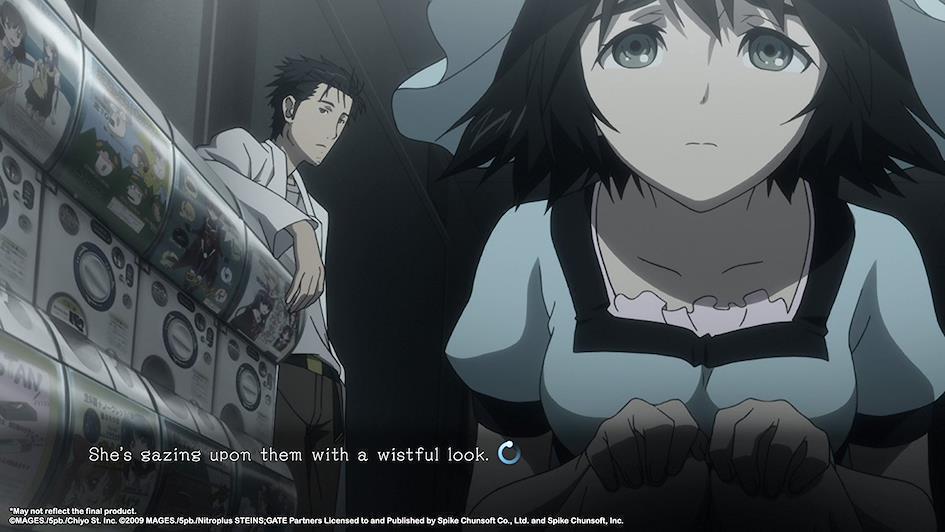 Without a doubt, Steins;Gate is one of the best visual novels of the past two decades. From beautiful art and character design to an amazing story and humorous dialogue, it is a great game for those interested in sci-fi and time travel stories. Moreover, a large percentage of the dialogue is voice acted in Japanese. This large amount of spoken dialogue makes Steins;Gate a great video game for Japanese listening practice.

One study tactic you can use is to keep your eyes focussed on the images as you play, completely ignoring the text at the bottom of the screen during spoken dialogue scenes. Listen to the character’s voices and see how much you can understand. When there is a word you don’t understand you can write down those words and then look them up on your phone or computer. To do this, make sure that voice synchronization in the options menu is on. This setting makes sure that the voices match up exactly with the dialogue displayed on the screen.

In addition to listening practice, the game even has a glossary for Japanese slang words that Western audiences might not know, such as otaku (nerd/geek).

Game region restrictions: Currently the Steins;Gate game is available on PC and various gaming consoles both in English and Japanese. We have confirmed that the NA English version on PS4 and PS Vita has Japanese audio with English subtitles (which is necessary for Japanese listening practice), so we recommend buying these versions. For all other consoles, please check the available languages before purchase.

Another game that is great for Japanese listening practice, Root Letter is a visual novel set in Shimane prefecture in Japan. Aside from using the game to learn Japanese, you can also experience a beautiful world created from real places in Shimane. In the game, you play a man in his 20s who finds a mysterious letter from his childhood penpal Aya. He decides that before he does anything else in his life, he wants to meet Aya face-to-face for the first time. However, as soon as he arrives in Aya’s hometown, things take a strange turn. No one seems to know who Aya is and everyone is reluctant to help him find her. Root Letter is an entertaining visual novel that has tons of spoken dialogue. If you follow the same tips we gave in the Steins;Gate section above, the game should help you brush up your listening skills and learn new vocabulary.

Game region restrictions: Root Letter is available on PS Vita and PS4. These systems are not region locked. However, please buy the English versions if you would like to read the English text while listening to the Japanese voice-overs. 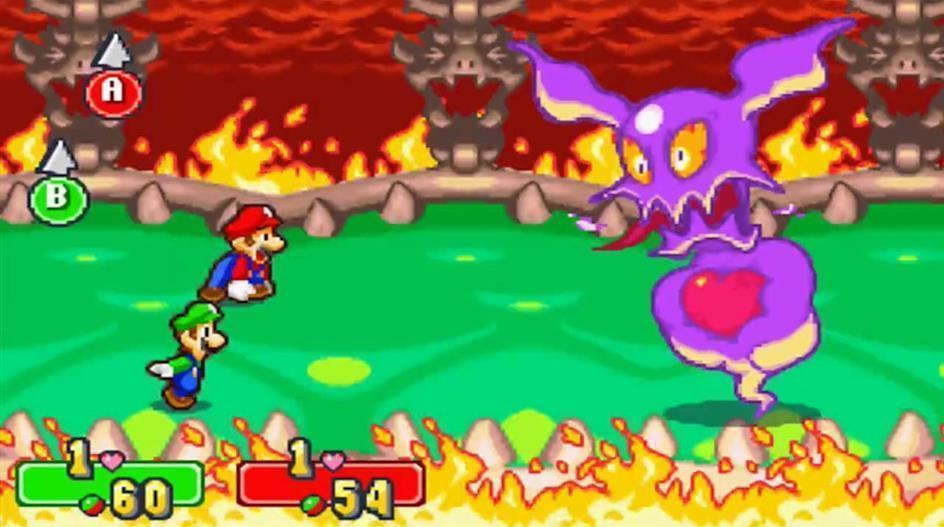 Mario & Luigi RPG is a great game that will help you practice your Japanese reading skills. If you’ve never heard that title before, it is likely because it was called Mario & Luigi Superstar Saga in English countries. If you are familiar with Super Mario characters and the basic premise of most games in the series, you should have an easy time with most of the dialogue. Like the Pokémon series, the Mario & Luigi RPG game was targeted at children and uses basic Japanese. There is a large amount of dialogue in the game displayed in hiragana, katakana, and basic kanji.

Game region restrictions: The Japanese Mario and Luigi RPG games are available for the Gameboy Advance and Nintendo DS and both consoles are not region-locked. However, games on the Nintendo 3DS are region-locked, so you’ll require a Japanese 3DS to play them. 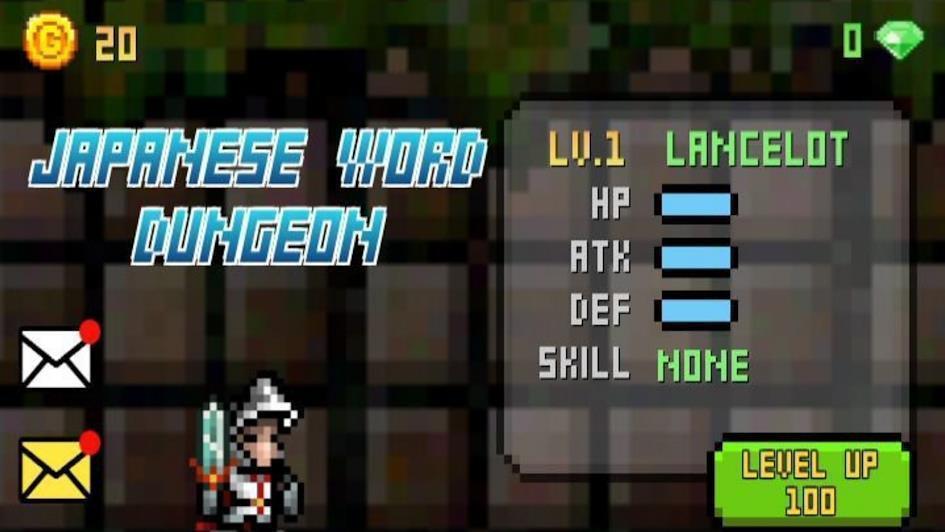 Last but not least is a mobile game available on Android and iOS. Japanese Dungeon is a simple Japanese vocabulary game you can play for a few minutes at a time during your commute or lunch break at work. The premise of the game is simple: you are a hero fighting through dungeons with the power of your Japanese knowledge. Each dungeon has a certain number of battles and you defeat monsters and boss characters by correctly matching spoken vocabulary to their written forms.

The game starts off with the very basics: hiragana and katakana. Therefore, the game is great even for those who are just learning how to read Japanese characters. If you are already an intermediate, this game will be too easy for you. I only recommend Japanese Dungeon for low to medium beginners looking to learn hiragana, katakana, and easy Japanese vocabulary.

These were just five of the best video games that can help you learn Japanese. Whether you choose a few of these games or not, remember that it is best to start with games you have already played in the past. We purposefully chose games that aren’t too pricey, so be sure to look for these games cheap and even buy used copies if you can.

Most importantly, be sure to keep in mind the region locking restrictions listed above and buy the correct copies for your consoles.

The best games to help you learn Japanese was originally published on ZenMarket.

One thought on “5 Games to Help You Learn Japanese”